But far the most of them still don’t! Only 22 out of 122 web sites for the danish authorities. And the majority of those are prefering free fonts. On the other hand is the number more than doubled in a year, since November 2012 when the number was 9 out of 115.

5. DEC 2013// // permalink
The study is a snapshot that I took November 6, 2013 and covers the web sites of danish ministries, regions, and municipalities. The previous snapshot was taken November 30, 2012.
6
23
Web fonts has developed fast in the past few years, and there is now a real opportunity to make typographic choices beyond the list of webstandard fonts, such as Arial, Verdana and Georgia. As a webdesigner I can get rid of the technical tricks needed get around the typographical limitations: To editors and webmasters it easier to handle content that previously had to be converted to images. Webfonts make it easier to create continuity in typographical sense between the web sites and the rest of the visual identity. And make the web site a part of the branding movement that the municipalities is trying so hard to join. With that in mind does the amount of web sites using web fonts seem a bit reluctant. And formwise does the chosen fonts seem like a neutral. Maybe it’s the free issue that is the most important criterion.
201 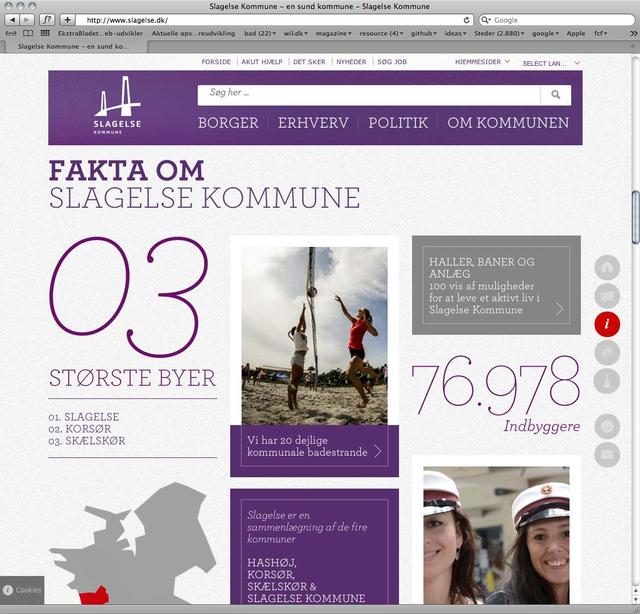 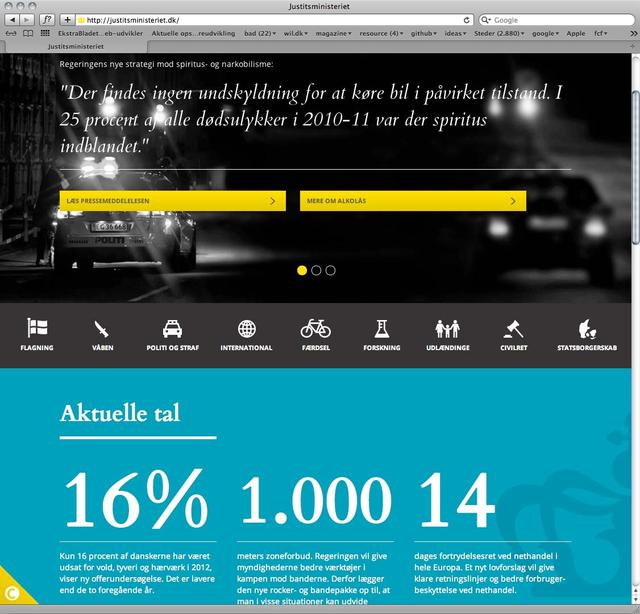 Free and (thus) Google are popular

Open Sans, a free web font from Google Fonts (designed by Steve Matteson), is the most used among the small part of the websites that are using web fonts at all. Another Google Font is Lato (designed by Łukasz Dziedzic), which is sharing the second place with Max (designed by Morten Rostgaard Olsen) 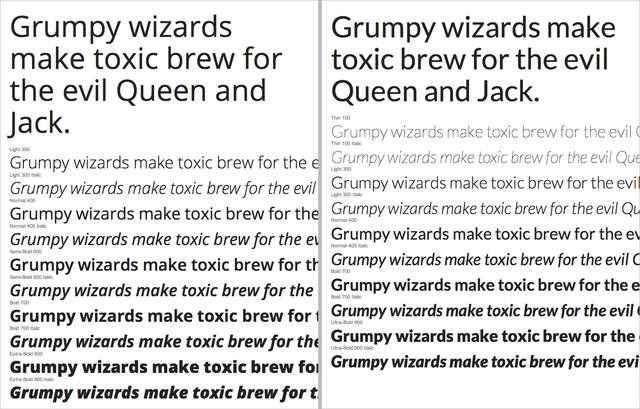 OPEN SANS AND LATO FROM GOOGLE FONTS WERE, ALONG WITH MAX (not shown), THE MOST USEd WEB FONTS in the study.
23

Another tendency is self-hosting of the fonts. The webfont providers such as Webtype, FontShop, Typekit and Google Fonts offer the subscription model where the fonts are placed the providers’ server, which the website link to. Font technology, the font format and the browsers’ capability to exploit the font features are constantly developing, so it is definitely worth to get the newest versions. On the the tested websites are most of the Google Fonts and the one from fonts.com hosted at the provider. The remaining web fonts are hosted on own server (12 out of 21). Maybe the webmaster doesn’t feel convinced that the stability in the cloud can compete with his own server. Unfounded by the way since the web font providers in general has pretty good network performance numbers.
23

The figures from the study

About the data harvesting

Data is harvested from web site and the connected resources of the authority, and executed in a automated analysis on several parameters to the final output. Some of the web sites are checked manually afterwards, and data of a few are adjusted accordingly.

Typo-offended
Cartoons that make somebody angry
Trolls may benefit from a dislike button. That’s all. Don’t. Push. The Like. Button.
Yes to the saying-no-hat
Catch me
Egg pattern
We are all numbers
More web sites for the danish authorities are using webfonts
I don’t want to be scrutinized by a video
I rather not participate in questionnaires
Is the QR bubble losing air
It looks like a mail from the agriculture association, but it might as well be phishing
Seven clicks towards Mobile First
Type, design and automated layout, Atypi 2011
Apps for traffic information can be useful, but not all the way
Don’t buy a train ticket with this app
Fingerpainted fontdesign
3D enlightening Copenhagen
Your website is (almost) an app
iSticks and iSkins
Big Letters Light
Welt aus Schrift, type exhibition in Berlin
Bridges and letters in Amsterdam
Vesterport st
Bites #14 Free Wil
Warning: this is a rotary candle holder
This is not a logo
Jyllingevej is no station
What if we take the money out of the equation
Today I’ll trademark a burp
Michael Vesterskov Band at Christianshavns Beboerhus
Spis Bare [Just Eat] receives Bording Prisen 2009
ATypI Copenhagen logo
Fontc[art] Generator
Freedom through constraint
Web design, home pages for starters
TypoMov
Typesetting the net - font embedding
Technical enthusiasm, please
The user rules
Graphics for the internet
The photography is dead – long live the photographer