I don’t want to be scrutinized by a video

16. mar 2013 Samsung has launched a smartphone which allows users to control its 5in (12.5cm) screen using only their eyes. If you for instance is watching a video, it'll stop if you look away, and start when you continue watching.
It seems like a nice trick, Minority Report'ish, but then again: I think it’ll be a feature that I will turn off immediately. 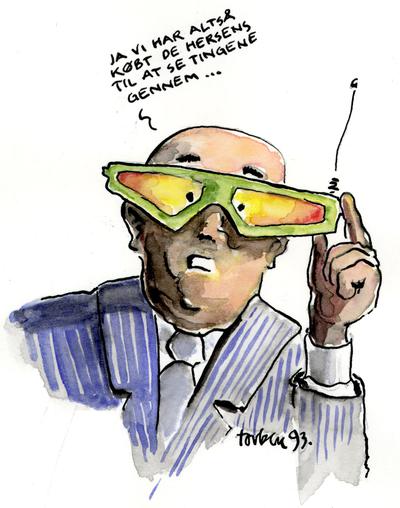 I can think of many videos that I don’t watch – actively and concentrated. Would I want those to pause everytime I look away, say for the chips bowl?
Imagine the two of us watching the same video and it stops everytime one of us gets a little unattentive?
In my childhood (long time before the video) we had movie showings for the school in the local cinema. There was this scrutinizer who stopped the movie, raising the black book, every time the crowd became a little too noisy ... The eyes are very hard to control completely, they tend to drift away, revealingly, whatever the reason. My mind is easily tricked and my eyes follow unconciously.
Now on this BBC video there’s a female reporter talking about the new feature. If I, and I repeat if, – for a split second – glimpse down at her. Will she stop talking, will the lapse of my eye be registered and piled in the big bucket labeled ‘behavioural disorder’? Yes, I think I can handle the current rather low-level of eye tracking. But the perspective?
No, I don’t want to be (more) scrutinized by the video.