Trolls may benefit from a dislike button. That’s all. Don’t. Push. The Like. Button.

14. dec 2014 How do I Like a post telling about a brute incident? That’s a question I ask myself now and then: do I ‘like’ the person who is posting, the action to bring the story to the public – or the brutality the story describes? I may be confused over the community consensus, simply because of the dilemma. Wouldn’t a dislike button be nice, such as Zuckerberg says that facebook is considering to implement? 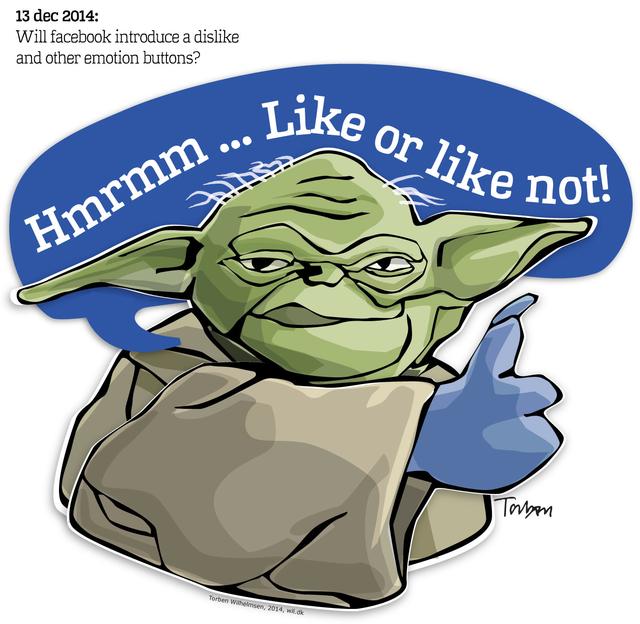 No. A Dislike button won’t be nice. Though it may be discomforting to Like a ’negative’ story on facebook, a Dislike button is just not the solution: Finally, and I believe that facebook is well aware of this, a Dislike button will systematize even instrumentalize and thus encourage heckling. This is hardly an atmosphere that is in line with facebooks business model. Let’s stick to the Like button, as simple as it is and as awkward it may seem, complexity won’t help. Keep Master Yoda in mind: “Like or like not. There is no…”
23

It looks like a mail from the agriculture association, but it might as well be phishing ➜