9. dec 2010 Buchstabenmuseum Berlin. Why are these letters so attractive? I don't get an answer at Buchstabenmuseum, but I most certainly get a wish to look after all these servants of the announcements, sofisticated as well as monumental. 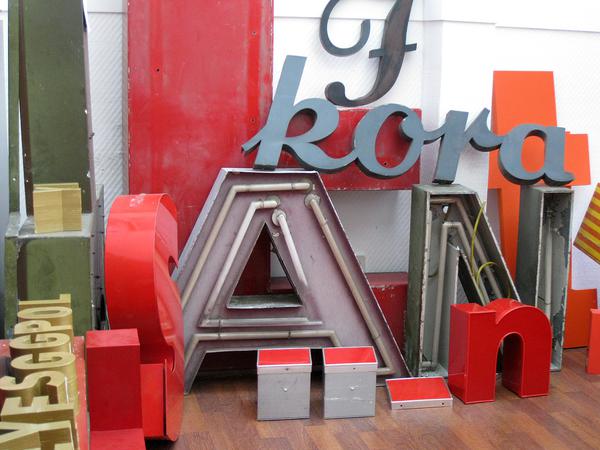 23
In may 2010, during the TypoBerlin conference, we put our noses against the window of Buchstabenmuseum at their location in Leipzigstraße near U-bahn Spittelmarkt. Inside there was a wonderland of 3D letters. Unfortunately open only 2 hours, one day a week. Since then the museum has moved their showroom to a shoppingcenter at Alexanderplatz with apparently and obvious success. Apparently, because the immediate attraction to all these letters is followed by a lot of publicity on the internet - as well as pictures, which you can make sure of on Flickr for instance. And the success is obvious, since the museum now is open 2 hours, 3 days a week, in a location conveniently close to where people (tourists) already are. Although, first floor in a mart ...? – A museum in a mart may sound strange, but this is Berlin, says Barbara Dechant, one of the managers. And after all, considering where the letters come from, they fit perfectly into these commercial premises. The success is also obvious, since almost anyone of the letters is interesting as a design object, not necessarily because it is well formed and crafted. But the museum also manage to put the letters into a context, collected in the orinigal company names and logos, or just in yellow, red or blue rooms.
201 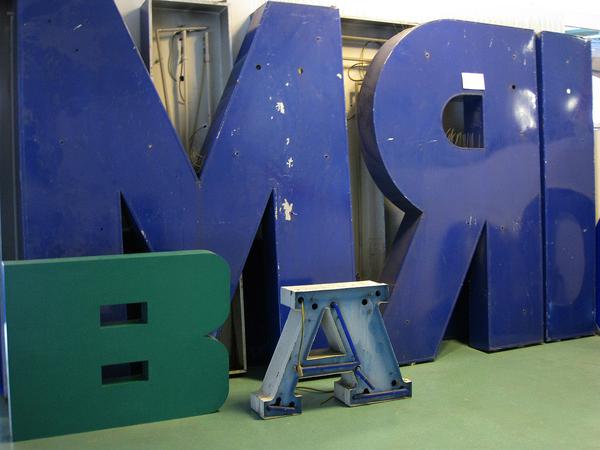 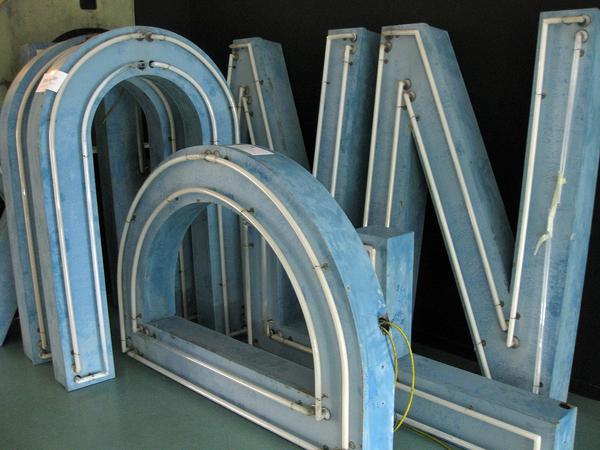 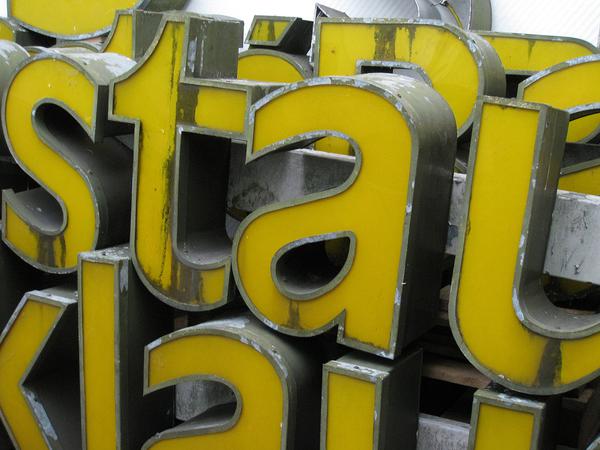 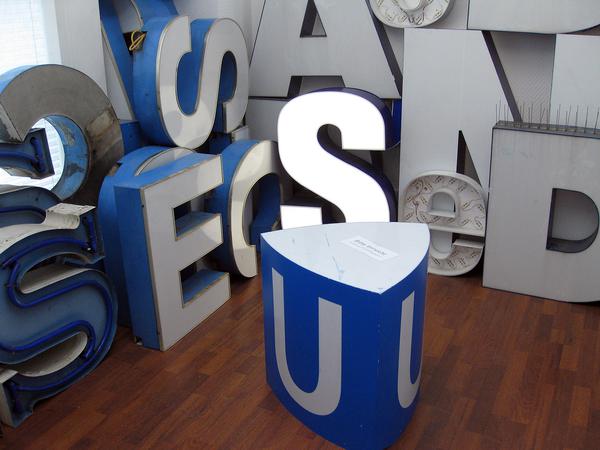 Looking at 3D letters round Berlin

I started to look out for the 3D letters in Berlin as I had more days to spend there. And what strikes me is what seems to be quite a big amount these kind of facade signs. So with the mind opened after the museum, there is also a live exhibition out in the streets. Not many that are really interesting from a typographic point of view, though still attractive, and some even surprising as for instance the Petrocelli restaurant “set” in FF Justlefthand – I didn’t expect to see Just’s handwriting exploded into 3D.

Looking at 3D letters round Berlin 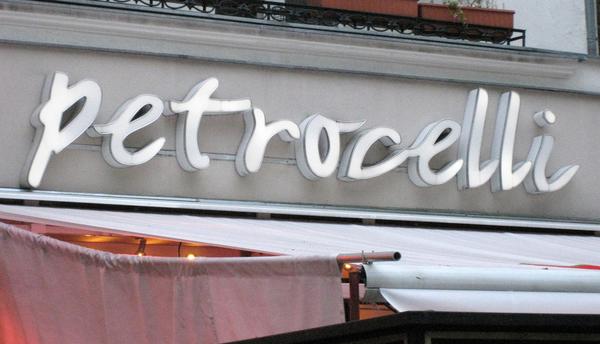 5. DEC 2013 //
But far the most of them still don’t! Only 22 out of 122 web sites for the danish authorities. And the majority of those are prefering free fonts. On the other hand is the number more than doubled in a year, since November 2012 when the number was 9 out of 115.
The study is a snapshot that I took November 6, 2013 and covers the […]
More web sites for the danish authorities are using webfonts //permalink (137)

20. JAN 2011 // berlin
After visiting Buchstabenmuseum in the fall 2010, I started to register this applied typography in big scale in Copenhagen. Big letters, neon, and stuff.
As far as I remembered, this was different from how it was back in Copenhagen. Consequently I started to look around here, and of course there were many more than I expected. […]
3D enlightening Copenhagen //permalink (135)

12. MAJ 2011 // typografi /ipad
Take a few hours with iFontMaker on the iPad and tap, tap, draw, drag, pinch through the alphabet. And you may end up with a truetype font that you can write with on any computer, whenever the font is installed.

23. SEP 2000 // typografi /web
For a very low cost of 5-10 k fontembedding gives the possibility of getting typographic identity for a whole website – allthough with a litte trouble.
The frustration about missing typographic tools for web design might be well aknowledged. How do I make typography in a graphically sense for the web. Cascading stylesheets offers […]
Typesetting the net - font embedding //permalink (57)

13. APR 2001 // animation /typografi
The spoken information on the other hand is dynamic with an absolute demand of presence. If you're not there, you'll miss it, because the spoken word disappears instantly. The meaning of the spoken information may be stored in your memory, but the words are gone.
TypoMov is a brief presentation of the main points of a lecture […]
TypoMov //permalink (77)

20. OKT 2001 // javascript /random /typografi
Everything that can’t be automated is design.
At the ATypI conference in Copenhagen 2001 Erik van Blokland, Letterror, made the statement that design is not to make one or more possible solutions of a certain task. Design is rather choosing the right one among all these possibilities. And since the making of the examples […]
Fontc[art] Generator //permalink (37)

Don’t buy a train ticket with this app ➜

25. JUL 2011 // reklame /offentligt rum /apps /dsb
Unfinished, ill-considered apps or apps that serve the market better than the use off it. If Apple has a sometimes paranoid restrictive approach to the formalities regarding an app you want to get into the App Store, they may have a comparable little interest in that the app works well. Fortunately, one could say, that should be […]
Don’t buy a train ticket with this app //permalink (114) 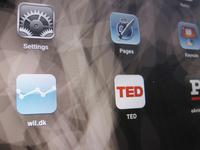 14. DEC 2010 // reklame /ipad /web /mobilt web /mobilism /web apps
I must admit, it’s (still) cool to have my icon right there on the iPad screen. As an app, yes, but a website can also do the trick. And website based app may sometimes even be a better solution than a native app.

27. MAR 2010 // reklame /offentligt rum /dsb
Claim the real mayonnaise. Use Tungsram lightbulbs. Political incorrect ads are being revealed at Vesterport st.
Vesterport st (copenhagen - and I know it may not be a station, see “Jyllingevej is no station”) is being cleaned up. And these old ads are reveiled.
Vesterport st //permalink (90)

Apps for traffic information can be useful, but not all the way ➜

8. OKT 2011 // apps /dsb /navigation /offentligt rum
I know it sounds a bit paradoxical. Usually I call to recognize randomness as a condition of life. But when it comes to traffic and road out in the public domain, I freak info. The more data available, the better, it's just like that. And when it comes to public transport ... How long time before the next train, do I sprint, wander, […]
Apps for traffic information can be useful, but not all the way //permalink (116)

Jyllingevej is no station ➜

16. NOV 2009 // offentligt rum
I don't think that it’ll cause any problem. I mean: Who really wants a burp . Compared to Deutsche Telekom’s attempt to trademark the color magenta ? No, I don't think so. It’ll pass nice and easy.
So what's the purpose, what is my intention, with the burp. But first of all I’ll show magnanimity. That’ll shine on the ethical […]
Today I’ll trademark a burp //permalink (31)

What if we take the money out of the equation ➜

20. NOV 2009 // offentligt rum
I went to see Michael Moore's film Capitalism. I did not expect me to laugh all the way through, but neither did I expect it that depressing.
Even though Mr Moore manipulates and search down the beings that fits his message exactly, they do exists the people who are chushes through the greed of the financial market. And it […]
What if we take the money out of the equation //permalink (30)

Warning: this is a rotary candle holder ➜

7. DEC 2009 // offentligt rum
Unpack, assemble and light. It’s so simple that I think I might have been able to it without the instruction. If it hadn't been for all the warnings.
Every second package in the presents game was from the Tiger shop. Things! It’s funny, and cheap. But most of it, I’m afraid, I would never have bought to myself. On the other […]
Warning: this is a rotary candle holder //permalink (56)